This mixed breed is an ideal choice for people who live in a city apartment or elderly owners who want a loving lap dog.

French Bull Tzus can be trusted around young children which makes them a popular choice for a family pet.

They can be a little stubborn at times but with good early socialization and training, this shouldn’t be a major issue.

History Of The French Bull Tzu

Nobody really knows when the first French Bull Tzu was bred— the same goes for most other mixed breeds.

It’s very difficult to be sure of exactly when the French Bull Tzu was first bred.

This is because even though they may have mixed by accident, it’s only when a breeder consciously breeds new designer dogs that the mixed breed becomes recognized as a distinct type of dog.

However, most experts think that French Bull Tzu hybrids were first created by breeders around 30 years ago in the United States.

History Of The Shih Tzu

Shih Tzus are a toy dog breed that first originated in Tibet where it’s thought that they were initially bred from the Lhasa Apso and Pekingese.

These companion dogs soon became a favorite pet among the royal families which gave them a very special place in Chinese culture.

In fact, Shih Tzus were considered to be so precious that the Chinese refused to trade or sell them with traders from abroad for generations!

However, eventually, the breed was exported and they made their first appearance in Europe in the 1930s.

Following WWII, Shih Tzus were brought back home to the US by members of the military where they rapidly became one of the most sought-after lap dogs in America.

The Shih Tzu was first recognized by the American Kennel Club in 1969.

History Of The French Bulldog

The French Bulldog first emerged in England during the mid-19th Century.

Bred to be a mild-mannered companion dog, the French Bulldog was hugely popular with the wealthy and elite of France.

Today, the French Bulldog is 4th on the American Kennel Club rankings and is one of the world’s best-loved breeds.

Other Names for the French Bulldog Shih Tzu Mix

Depending on who you are talking to, you might hear the following

A fully grown adult French Bull Tzu stands at 8-12 inches at the withers and weighs between 15 to 25 pounds.

There’s always an element of unpredictability when it comes to hybrids, but the French Bull Tzu is a small, stocky dog that has a medium to long coat that is fine and smooth.

Their coats are usually black, white, red, brown, or mixes of these colors.

Sometimes they can look just like a French Bulldog but with longer fur whereas in other cases they are much slimmer with a more pronounced muzzle.

There’s considerable variation in the ears of the French Bull Tzu which can either be large and erect ‘bat ears’, like a French Bulldog, or floppier, like a Shih Tzu!

While Frenchies are notorious for their health issues, the French Bull Tzu generally considered a healthier breed…

This is partly due to “hybrid vigor”, which refers to the health benefits of cross-breeding two purebred parents.

However, in spite of their hybrid vigor, French Bull Tzus can still be susceptible to some of the health conditions that are prevalent in their parental genetic heritage.

The main health issues that might affect your French Bull Tzu include:

French Bull Tzus have an average life expectancy of between 10 to 14 years and are generally a very healthy hybrid.

This means that your French Bull Tzu is likely to be a medium shedder that requires regular brushing and baths.

French Bulldogs are heavy shedders whereas Shih Tzus are considered to be very light shedders.

With any breed that sheds, you’re going to want to groom their coat on a regular basis.

My favorite brush for shedding is the FURminator— it is the perfect tool to get rid of all that loose hair in their coat without any discomfort. 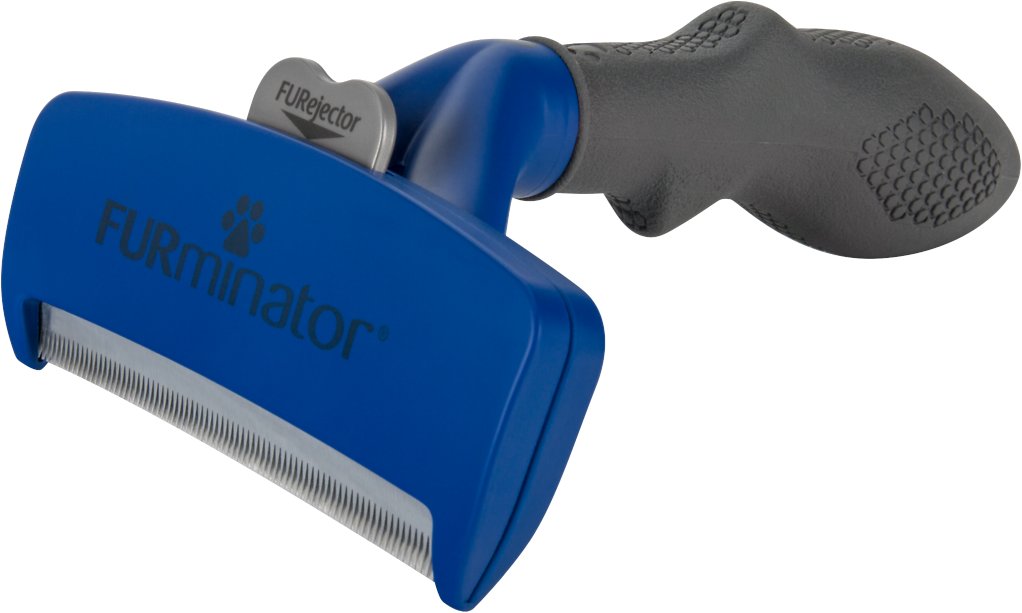 Curved edge that conforms to your Frenchie's body for comfort

No risk of cutting skin or damaging their coat

Not a hypoallergenic breed

French Bull Tzus are not hypoallergenic so if you have dog-related allergies or sensitive skin then they might not be the right pet for you.

French Bull Tzu – How Much Do They Cost?

TIPS ON FINDING A FRENCH BULLDOG BREEDER NEAR YOU

This makes a French Bull Tzu puppy considerably cheaper than both its parent breeds.

Price of a Frenchie

Price of a Shih Tzu

A French Bull Tzu makes an ideal pet for elderly owners who are looking for a loyal companion as well as families and young professionals.

French Bull Tzus are adaptable, intelligent, and make a good choice for people who live in city apartments.

They are safe to be around small children and have a fun, playful, and affectionate nature that’s impossible not to fall in love with!