Flat-faced dogs, officially known as “Brachycephalic dogs”, have a shortened nose and skull which gives them their uniquely characteristic appearance. They’re the dogs with “squishy” faces.

There are dozens of different breeds of Brachycephalic dogs, many of which have become household favorites (like the Frenchie!).

What Is A Brachycephalic Dog?

A Brachycephalic dog is any breed that has a flattened nose and a shortened skull which gives their faces a “pushed in” appearance.

While this may be super cute and all, it also can lead to breathing issues and other health problems.

These are 17 of the cutest (and most popular) dog breeds with smushed faces!

The French Bulldog is a companion breed that originated in France in the mid-1800s. It was first bred from an English Bulldog and a Parisian ratting dog and has become one of the most popular breeds in the world. These affectionate, intelligent and seriously cute little charmers are a regular sight in Hollywood and other celebrity circles.

The Bulldog is a type of Mastiff breed that originated in England as a fighting dog. The Bulldogs used to take part in the ‘bull-baiting’, which is where they got their name from, as well as dog fighting. With their short noses, powerful jaws, and muscular physique, the Bulldog is a formidable opponent although they also have a gentle personality and make fantastic family pets!

These strong, stocky, square-headed dogs look scary but in reality, they’re friendly and kind! They can be trained to be guard dogs but more often than not in the modern world, they are devoted pets. This short-haired, mastiff-type breed is medium-sized and has a smooth coat which is usually either white, fawn, or brindle.

These cuddly companion dogs were bred from Spaniels so they have high levels of energy and a boisterous personality. However, the small, Cavalier King Charles Spaniel is best known for being a loyal, loving, and fun family pet. With proper socialization at a young age, they enjoy being the center of attention and are safe to be around young children and other pets.

The Cane Corso is a type of Italian mastiff that was originally bred as a hunting dog but was also used as a guard dog to protect livestock in the fields. In modern times it makes a great pet that is easy to train and has a calm, fearless nature that can often be quite reserved. Due to their large size and high energy levels, they are not ideal for living with small children.

The Shih Tzu originated in Tibet and is a sweet little toy dog that is loving, affectionate, intelligent, and alert. Famous for their big round eyes, long coat, and big floppy ears, the Shih Tzu will just melt your heart! These devoted dogs are also hypoallergenic which means they’re a great choice for dog owners who have sensitive skin or other allergies.

Boston Terriers herald from Boston, in the USA, and were originally called ‘Bullet Heads’ or ‘Round Heads’! Often nicknamed the ‘American Gentleman’, Boston Terriers have a lively temperament that is welcoming of strangers. They make good family pets and are very trustworthy and gentle around small children.

Originating in North Eastern and Central Europe, the Pomeranian is a toy dog that is descended from large working sled dogs! This foxy-faced little charmer is highly intelligent and loves nothing more than chasing a ball in the garden. Pomeranians are extremely agile and often compete in competitions although they are just as happy being a companion for elderly owners.

The Pug was first bred in China as early as the 5th Century BC to be a lap dog for the royal courts. Best known for their short muzzles and wrinkly faces, they have a small square body with a fine coat. A favorite choice for Hollywood celebrities, Pugs make awesome pets who love to be spoiled with treats!

This British breed is a large, sturdy dog with a short muzzle. They were originally bred from the Old English Bulldog and the English Mastiff to be highly effective guard dogs. Bullmastiffs are very trainable and despite their size and strength they are safe with older children and make ideal pets for an outdoorsy family.

The Dogue de Bordeaux, also known as the ‘French Mastiff’, was first bred in France in the 12th Century as a guard dog for livestock as well as a working dog that pulled carts to transport heavy items. In modern times they are more commonly kept as pets that are extremely loyal, devoted, and alert. They are a high-energy breed though so if you want to keep one as a pet you need to be able to commit to giving them plenty of exercise.

The Chow Chow breed is originally from China and is a strong dog with a solid square profile. These oversized Teddy Bears were used as war dogs in Ancient China and although they are affectionate pets they can sometimes be a little aloof! They have a large broad skull, a flattened muzzle, and a characteristically thick dense double coat. Chow Chows make loyal guard dogs and pets.

The Lhasa Apso breed is from Tibet where they were used to guard Buddhist monasteries and palaces! These playful little companions often weigh as little as 5 kgs but are lively and energetic with high levels of intelligence making them easy to train.

This toy dog originates in China and was bred to serve as a lap dog in the Imperial Court. The breed takes its name from Peking which was the location of the main Imperial Court in the famous Forbidden City. These dogs can be very stubborn although they are affectionate and loving at heart! Pekingese can grow up to be overly aggressive to strangers and other dogs if they aren’t properly socialized when they are young.

With their characteristic mustaches, the Brussels Griffon is seriously cute with an inquisitive, intelligent and sensitive nature. The breed is named after Brussels, in Belgium, where they were first bred. They are small dogs that weigh up to around 5 or 6 kg and make ideal companion dogs for elderly owners as well as gentle family pets.

Also known as the ‘Japanese Spaniel’, the Japanese Chin has a cat-like demeanor and make great companions or lap dogs. These small toy dogs weigh up to around 7 kg and are low-maintenance pets who don’t need a lot of walking and are quite happy sitting on the couch watching a movie with you! They have floppy ears, big loving eyes, and a long coat which is often styled by their doting owners. They can be quite independently minded although with a bit of training they are well behaved and loyal.

These dogs are fairly rare in the USA but are more commonly seen in the UK. Originally bred to be a companion dog of the English Monarchy, English Toy Spaniels are intelligent, easy to train, and love to be pampered. However, because they are descended from Spaniels they do love to play and can be a little bit mischievous at times! Overall though, these gorgeous, long-haired toy dogs make wonderful pets and can be trusted around other animals and children of all ages.

What Are 5 Of The Most Common Breeds Of Brachycephalic Dogs?

Some of the best-known breeds of Brachycephalic dogs include:

Why Do Brachycephalic Dogs Have Flat Faces?

Brachycephalic dogs have flat faces because of generations of selective breeding. Breeders choose certain characteristics, in this case, a flattened face, and then accentuate them over time by repeatedly crossing dogs that exhibit the wanted trait.

There are two main reasons why dogs were bred to have shortened, flat faces. On the one hand, as in the case of the English Bulldog, the Brachycephalic characteristics were selected for fighting or, in other cases, they were chosen for guard dogs. The flattened nose makes these dogs less vulnerable to attack and also strengthens their jaws and bite.

On the other hand, as in the case of the Pug, the dogs were bred to retain a more puppy-like appearance with large eyes and a flat nose. Pugs were popular in the royal courts of ancient China and so they were not bred for fighting but instead to be cute little lap dogs for the elite.

How Did This Happen?

Strictly speaking, the flat face of Brachycephalic dogs is caused by a genetic mutation. This mutation is then selected by breeders and accentuated over time. This means that after several generations the feature becomes stable and is preserved within the breed as a characteristic that distinguishes them in both appearance and genetics from other breeds of dog.

What Was The First Brachycephalic Breed?

There’s a lot of controversy about exactly which dog was the first Brachycephalic breed!

Generally, though, it is thought that Brachycephalic dogs first emerged in Europe in the 13th Century when dogs, such as the English Bulldog, were bred to fight bulls and other dogs as a sport. Other flat-nosed dogs were also bred for warfare around the same period and possibly even earlier in the Roman Empire.

Flat-nosed dogs in Europe were also regularly used as guard dogs in both rural and urban areas because of their fierce appearance, sturdy physiques, and strong jaws. After bull-baiting and dog fighting began to go out of vogue the Bulldogs were able to show their softer side and in the UK even gained the nickname of “nanny dogs” because they were used as guardian dogs for young children.

However, in China, the first Pug was bred in the 5th Century BC as a lap dog for the royal courts! This undoubtedly makes the Pug the very first breed of Brachycephalic dog in the world.

Do Any Other Animals Have Flattened Faces?

Some of the best-loved breeds of Brachycephalic cats include:

IMAGES : (free for commercial use, no attribution required) :

Chow Chow in the backyard: https://pixabay.com/photos/chow-chow-dog-backyard-pet-canine-7130446/ 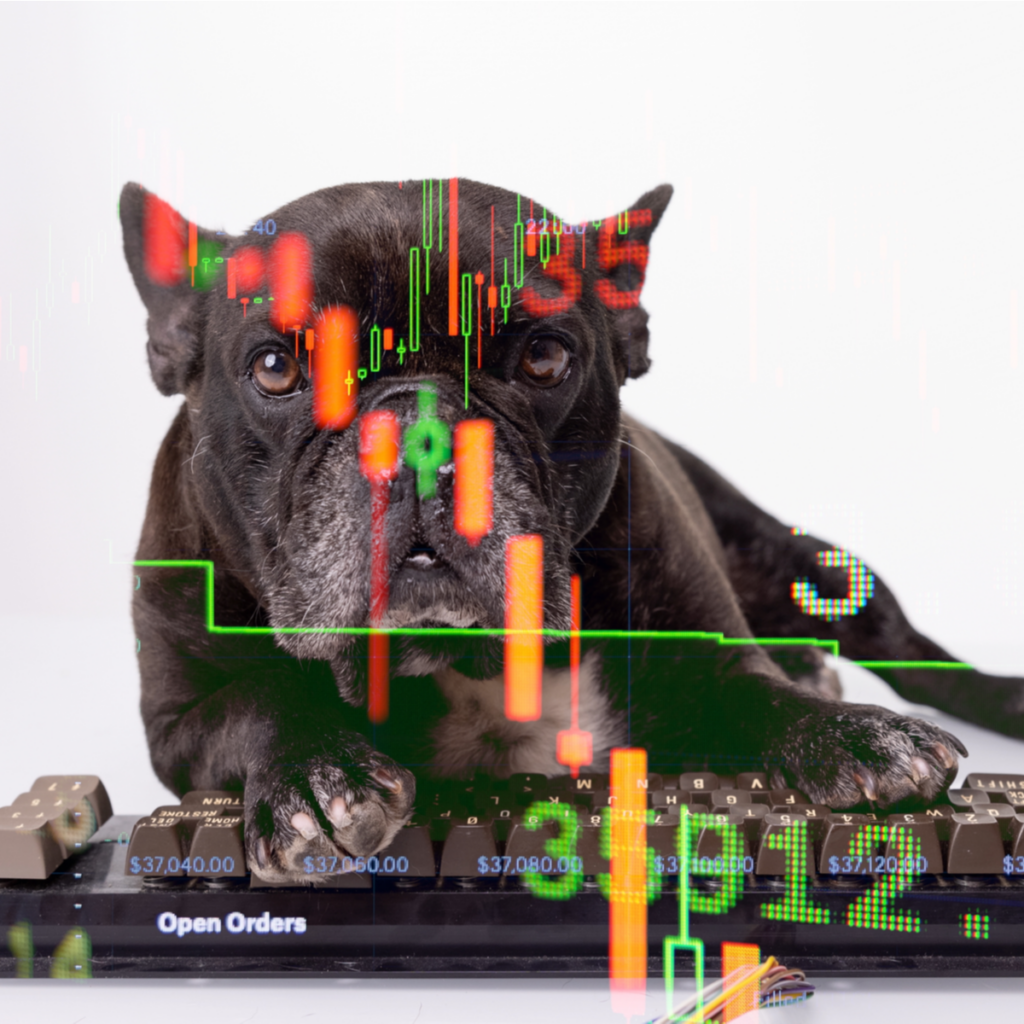 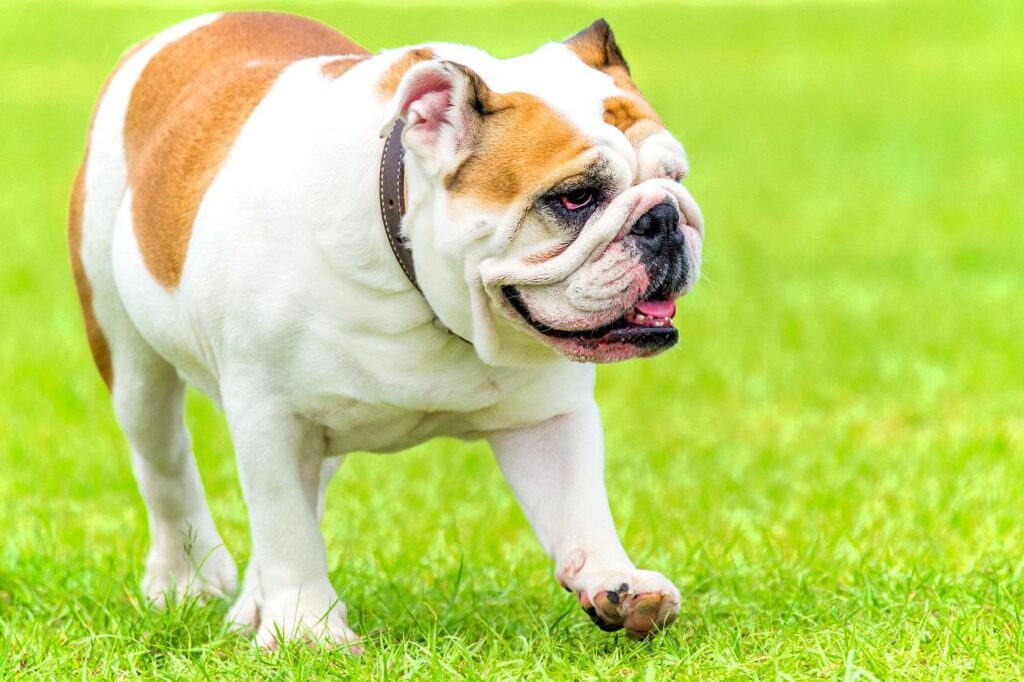